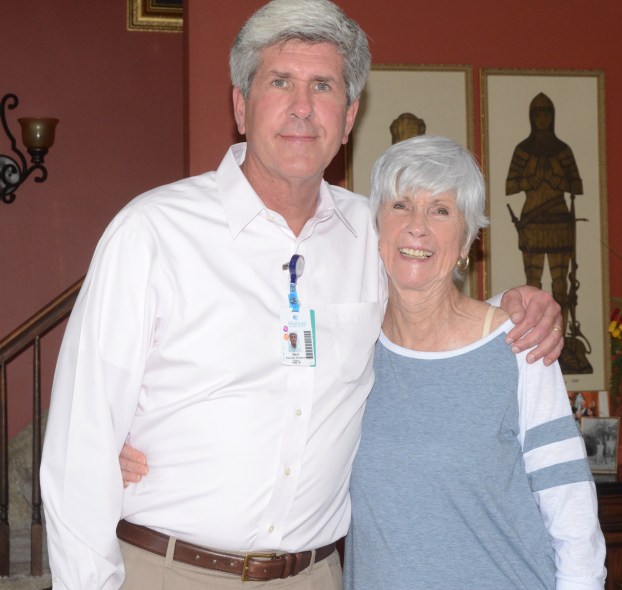 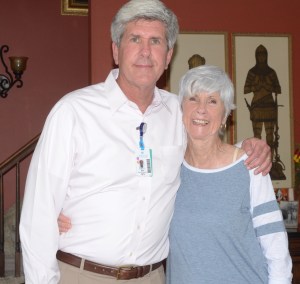 Fitz-Gerald was diagnosed with breast cancer after she went to see Ellen Singleton, CRNP, after she noticed something wasn’t right. Singleton ordered a mammogram and ultrasound where doctors found a large mass. She said the radiologist told her she “needed to get a biopsy as quick as you can get one.” After being told that she needed a biopsy, Fitz-Gerald contacted a friend of hers in Tuscaloosa, who took her and made the final diagnosis.

Fitz-Gerald said that her bone scan came back negative, and the PET-Scan showed that her cancer was localized in the mass and not her nearby lymph nodes. But she said the most important thing was getting her markers back. Three specific markers determine what treatments the cancer will be receptive to the most. Fitz-Gerald was fortunate that all three of hers were positive. The positive markers were a relief for her and her son, Mack Fitz-Gerald.

“Mack saw the report before I did, and he said, “Mama, don’t buy any lottery tickets or go gambling because you’ve used up all your luck,” said Fitz-Gerald.

She said they had already lined up a surgeon before they got the marker report back. Dr. Joseph Wallace of Tuscaloosa performed her surgery, and Fitz-Gerald described him as “knowledgeable, and a man dedicated to his profession.”

“I had no doubts about him. He had a positive vibe about him,” said Fitz-Gerald.

She also said he is one of the “top-rated breast surgeons.”

Fitz-Gerald said she was nervous about her surgery but had the utmost faith in her doctors to perform the procedure.

“I had faith in my doctors, the hospital, and the people that will be taking care of me,” said Fitz-Gerald. “Everyone has apprehensions when they’re faced with surgery, but I felt good about it. I felt there will be a good outcome and that everything is going to be fine.”

In addition to having faith in her doctors, Fitzgerald also believed that God would get her through this obstacle in her life.
“It’s what holds me together because I know everything is going to be alright,” said Fitz-Gerald.

Fitz-Gerald said it was a relief to know that she could have her surgery done in Demopolis rather than in Tuscaloosa or Mississippi. She emphasized that WRH had not had a COVID-19 patient in 12-14 weeks and that people often don’t check into a hospital’s infection rate.

“Our hospital has not had an infection in five years, and the one we had was a minor one,” said Fitz-Gerald. “People should be very proud of what we have here in Demopolis. You could search all over the country and not find another small hospital like us that can offer what this hospital offers.”
Her son was also grateful that his mother was able to remain in Demopolis for her surgery.

“It’s a big deal, especially if you’re having any kind of surgery. We can’t go to DCH in Tuscaloosa. We have patients who have to go to Tuscaloosa or Birmingham by themselves. They could be in the hospital for whatever, and they never have a visitor because the family can’t make it,” said M. Fitz-Gerald. “So to have that here where I know everybody, I know my mother will not get better treatment than she will here.”

In addition to having her surgery done in Demopolis, Fitz-Gerald will also be able to have her chemotherapy treatments at WRH.

“We may be a small town in the middle of nowhere, but we have the facilities that you could usually only get in a big city,” said Fitz-Gerald. “And not only that, it’s done by people who really care about you.”

Since her diagnosis, Fitz-Gerald has maintained a positive attitude and said that she refused to let her cancer get her down.