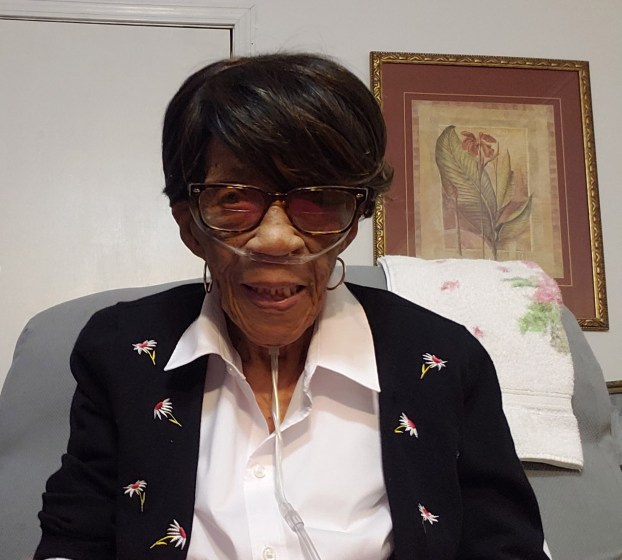 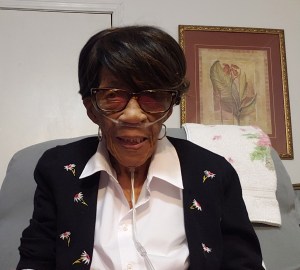 Bertha Barley celebrated her 102nd birthday on February 18. She is a Gallion resident and has lived in Marengo County for most of her life.

Known affectionately as “Mutdear,” Barley was born on February 18, 1919, in Jefferson, to Frank and Lucy Shade Jones. Her parents were sharecroppers for Compton Farm in Jefferson. She was the fourth of seven children and grew up to have a large family of her own.

Over the years, Barley has enjoyed assisting other people whenever and wherever she could.

“I have enjoyed assisting others or being neighborly, being a parent as well as a grandparent,” said Barley. “I have enjoyed traveling, gardening, and entertaining family and friends. Now, I like riding around Demopolis, Jefferson, and Gallion, seeing the changes in some areas.”

Barley said she has very few hobbies at this stage but that she did like sewing, quilting, and decorating her home when she was younger. She said her favorite pastime now is “running my mouth” and watching the Golden Girls’ reruns.

Having lived to 102 years old means that Barley has seen many changes over the years and has experienced many changes. She said she doesn’t have a favorite memory because she has made so many throughout her life.

“I marched with Dr. King and attended a party where BB King was the entertainment before becoming a famous Blues singer,” said Barley. “I have experienced the Roaring Twenties during the height of its glory. Again, it is hard to narrow it down to one particular event.”

Barley said her secret to living past 100 is the Grace of God.

“If you ever want to visualize what God’s grace looks like, take a look at me. I have had many good days, but I have also had some sick days, where I felt like giving up or did not think that I would make it,” said Barley. “However, I have learned there is really no need to grumble. I thank God for life being as well as it is, for he has truly kept me and been mighty, mighty good to me.”