Tom Boggs was stunned when he his name was called to receive the 2008 Lifetime Achievement Award at the Demopolis Area Chamber of Commerce banquet on Monday night.

“It was quite a surprise,” he said.

Boggs has taken part in a number of civic and community events and organizations, the most recent being his leadership in the Marengo County Sports Hall of Fame, which will hold its inaugural induction on Monday.

“It’s been an opportunity,” he said of his life. “Just like these columns that I write. I wouldn’t miss it. The opportunity that I get to say something good about somebody every week — that’s a wonderful opportunity, to be able to praise other folks who have meant something to the lives of people in this area. That’s a fantastic thing.”

Boggs said his father was also well-liked and respected in his native Linden.

“Daddy was active in everything,” he said. “One of the newspapers wrote, when Daddy died, that his advice was always sought by people, whether it was around the courthouse or around the campfire or in the hunting lodge. That’s just the way he was: down-to-earth.”

Boggs said he loves staying active in all kinds of community events, but there are some things he holds close to his heart.

“My church means the most to me, more than anything,” he said of the First Presbyterian Church. “I have the opportunity to teach Sunday school and lead singing and fill the pulpit.

“My military meant so much, the friendships that I forged through that. As I get older, my teammates from high school. We get together out there at the farmhouse, and sit down and just eat. Not a single one of us smokes, not a single one of us drinks. They’ll get out there and help me work my cows. It’s just the fellowship of having been a part of a football team that many years ago.

“This Hall of Fame has been a shot in my arm. Last week, I was thinking, ‘We’ll never sell 150 tickets,’ and now, we have people trying to find a ticket, and we printed 250. People are, again, praising people for what they did in the past.”

Now, Boggs has received his praise for a lifetime of dedication to his works and his opportunities. 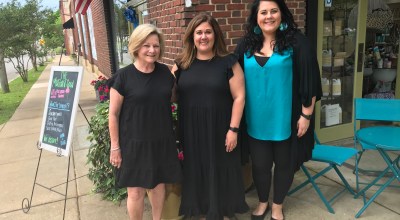